There are many interesting thing to find on Google earth that we have no doubt already come across. There is no doubt that Google search suggestions are very useful, but if you pay attention to some of the suggestions then you will find many strange and hilarious things on it. There are also some very weird and cringe-worthy searches and things on Google that has nothing to do with our own searches.

Our own search history is due to our strange ponderings and curiosity but to think that there are even more strange things to find on Google is very fascinating but also slightly cringe-worthy. We have gathered some of very weird and strange suggestions, given by Google, that are captured by bizarre screenshots. Not only weird searches are there but also some strange views are captured through cameras and satellites. All of these suggestions are programmed by the developers of internet and to think that they had questions like these, are quit stupid and weird. Some of this weird stuff on Google is discussed below. 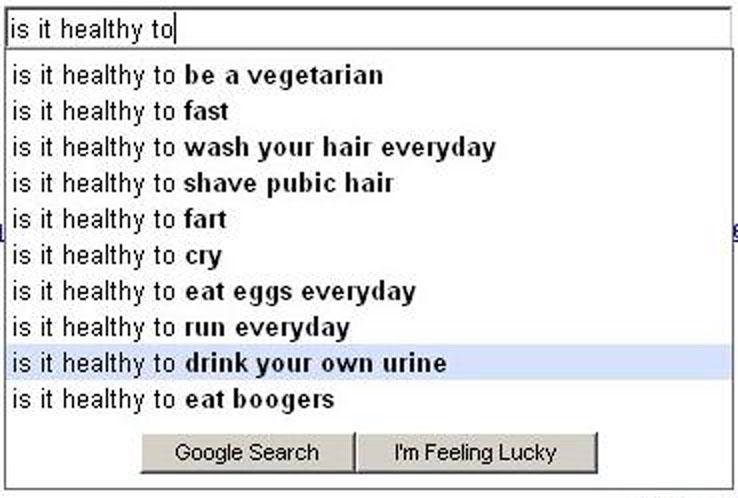 There is a screenshot found on Google images where someone just typed; “IS IT HEALTHY TO’’ and a very strange suggestion was found on it that states; “IS IT HEALTHY TO Drink Your Own Urine.’’ Like seriously! This is very weird to think that this type of question is also been asked in this world. Whether it is real world or Google world but it is strangely very weird.